Ever wonder who exactly is driving those Teslas, Chevy Bolts, and Nissan Leafs around your town? Well those car owners are gathering at an event near you this week, and they’re ready to answer all your burning questions about what life is actually like with an electric vehicle.

National Drive Electric Week (September 9–17) is officially underway. Started in 2011, this year’s week consists of 286 local events around the country, together comprising a “nationwide celebration to heighten awareness of today's widespread availability of plug-in vehicles and highlight the benefits of all-electric and plug-in hybrid-electric cars, trucks, motorcycles, and more.” Electric vehicle owners bring their cars for attendees to see, touch, and sit in; pre-event registration allows attendees to see beforehand exactly which car models will be at the event. 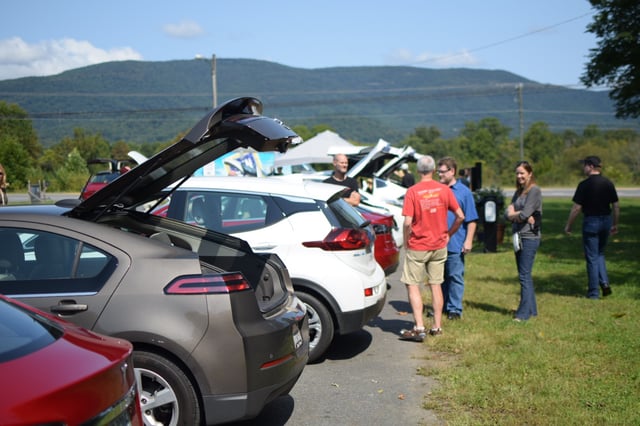 a 2017 Drive Electric Week event outside of Charlottesville, VA

Short of bringing one home yourself, talking to a local owner is likely the best way to understand what life with an electric vehicle is really like, and why they are widely understood to be the future of transportation. EV owners are a passionate bunch, eager to explain the myriad benefits of EVs they experience on a daily basis: lower maintenance costs, quieter rides, cheaper fueling, and acceleration that must be experienced to be believed (here is a 60-sec video summarizing some of the most compelling benefits).

It’s enough to convince many owners, like Bill and Claire Ober of Crozet, who brought their Tesla Model S to yesterday’s Drive Electric Week event outside of Charlottesville, Virginia, to say goodbye to gasoline. “We’re never buying another car that isn’t electric.” they said. Thanks to the solar panels Bill and Claire have on their roof at home, they are literally driving on sunshine: “Our solar panels provide about 98% of the electricity we consume, including what we use to power our car.”. 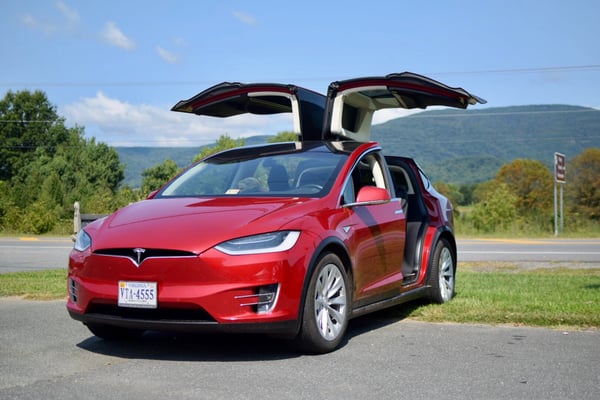 a Tesla Model X on display

Generation 180 is dedicated to advancing consumer awareness and adoption of these new energy choices. Products like electric vehicles and rooftop solar have recently reached a level of economic viability that have enabled people like the Obers to take control over their energy decisions in ways never before possible.

Drive Electric Week events are a rare opportunity to not only speak to real-life owners, but to explore a variety of models side-by-side, including some 2017 models like the Chevy Bolt that are still fairly new to the streets. If you’re interested in learning about the rapidly-growing world of electric vehicles, you’d be hard-pressed to find a better opportunity than this week’s National Drive Electric Week.